Aperture is just another word for opening. It describes how much the lens is opened to let the light rays pass from the scene to the sensor. Its size can usually be adjusted with an iris or diaphragm, which consists of a number of movable blades. Depending on the number (typically between 7 and 9) and shape (straight or curved) of the blades, the resulting aperture is more or less circular.

It is obvious that a larger aperture will capture more light from a scene than a smaller one. This is really what camera lenses are all about—to capture more light than a simple pinhole camera with its tiny opening. So how can we best describe the aperture used to make an image?

A straightforward answer would be to measure its diameter a in millimeters, inches, or any other unit of length. The incoming light is thus proportional to the area of a circle with diameter a, given by the well-known formula π (a/2)2. For example, an image may be taken with a 50 mm lens and an aperture diameter of 35.4 mm, corresponding to an aperture area of 982 mm2. Although this is a perfectly valid description, no one ever talks about aperture this way.

Why isn’t the diameter used in practice? This being photography, we would like to have an absolute measure of how much light reaches the sensor. This is where the f-stop comes in.

The f-stop (also known as f-number, relative aperture or focal ratio) A is defined as the ratio of focal length f of the lens and the aperture diameter a as

Note that the f-stop is a dimensionless ratio of two distances, i.e. it does not have a unit. For a 50 mm lens, an aperture diameter of 35.4 mm as in the example above is equivalent to an f-stop of 1.4. Instead of just the number 1.4, you will often find notations involving an f such as f/1.4 or simply f1.4. Also note that a large aperture diameter corresponds to a small f-number, and vice versa.

To understand why the f-stop is so powerful, consider what happens if we use lenses of different focal lengths. According to equation (A1), for a fixed f-stop A, the aperture diameter a is proportional to the focal length f:

The aperture area and thus the light received from the scene at any point of the sensor is therefore proportional to the square of the focal length.

For a fixed f-stop and a fixed focus distance, these two effects are exactly inverse, effectively cancelling each other out. In other words, for a longer focal length, the larger aperture compensates for the light loss due to a higher magnification. Therefore, the f-stop describes how much light a lens captures, regardless of its focal length. Results of a practical test where the same scene was shot from the same distance at the same exposure and ISO are shown below. 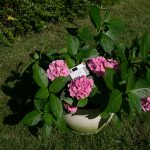 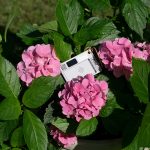 As a consequence, an exposure of 1/125 s and f/4 is the same as 1/250 s and f/2.8, or 1/500 s and f/2. This makes it very easy to balance speed and aperture, e.g. to get more or less motion blur in sports photography, or to obtain a deeper or shallower depth of field in people photography. Modern cameras also offer half or third steps; 1/160 s and f/3.5 or 1/200 s and f/3.2 are two more examples of the same exposure. If all this sounds very complicated to you, grab your camera, set it to manual mode, play with these settings and compare the resulting images.

Interesting to note, there are no physical limitations to the lens speed at f/1 (except for a too narrow lens mount that may get in the way). There are several camera lenses currently in production which are slightly faster, such as the Leica Noctilux-M 50 mm f/0.95 ASPH. One of the fastest photographic lenses ever made is the Carl Zeiss Planar 50 mm f/0.7, which was developed for NASA in the 1960s to capture images of the far side of the moon in the Apollo missions. This huge lens which was mounted on a modified Hasselblad body is a full stop faster than f/1 [Nasse 2011].